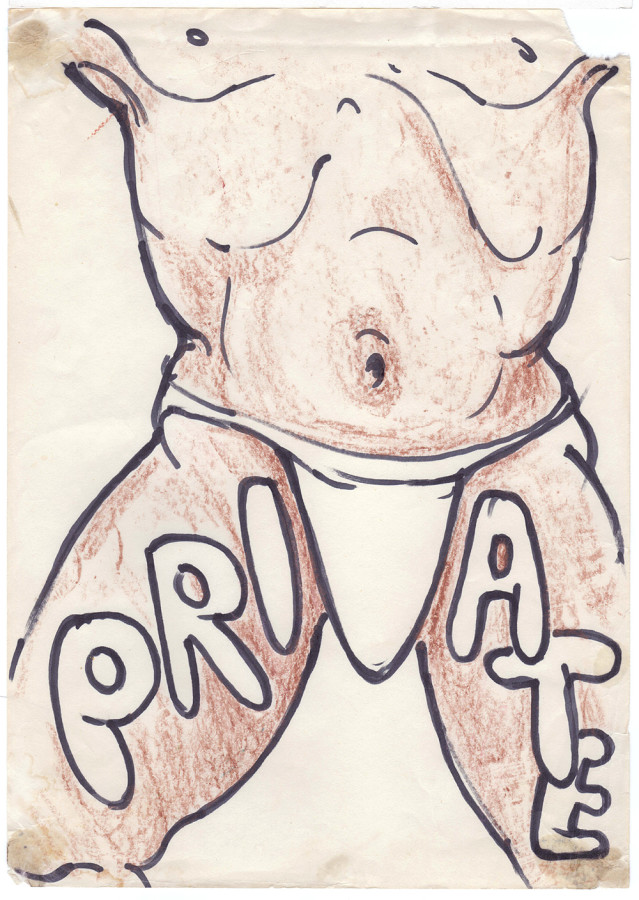 The drawing which Graham made for his Studio door in Lime Grove, Bideford

Embarrased?  The family were a little, but got used to seeing this poster Graham created to keep us away from his art studio room in Bideford, of 15 years.  We always remember it as it seemed so inappropriate in a house full of females – but maybe that was the purpose!   His wife, Elizabeth (my mother) recently had this to tell me about Graham’s approach:

“Graham loved his family intensely. His mind needed freedom and that was so important in his thinking – almost at the expense of all of us. He was driven to express himself”.

One of the ways in which Graham’s vivid imagination expressed itself, was in dreams. These were, as he shared on occasion, somewhat vivid – and at times, we suspected, rather private and unreportable.  One’s inner communications cannot be diaried without trusting that they will remain private – at least while the person is there to be embarassed at their revelation!

In 2019, a handwritten booklet of “DREAMS, THOUGHTS and OTHER OCCURENCES” dated 1981 was given to me by Elizabeth, to record (if I wished to) and add to the collection.  She had retained it as a personal memento.

It having come to light, I thought I would share with you one of the entries,  which, despite being one of the sacrificial subjects in the dream referred to, I had never been informed of.  I was living in Edinburgh at the time, happily exploring a new-found independence studying Fine Art and Art History at the University and Art College. In fact,  I was  free, (somewhat ironically in the context of the report below)  for the first time, from parental constraint!  My older sister was married,  pregnant with her second daughter. 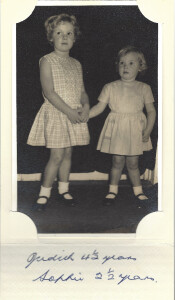 My two eldest daughters, still living at home, (though now actually not under this roof) offered neither resistance or exclamation when I stabbed them deeply in the middle of their chests, through bright clothing. There was no blood and the deed seemed very necessary for vaguely paternal, protective, magical or sacrificial reasons. Certainly, I felt no anger or violence, and neither the probable consequences or the reality of death affected me at the time. Anxiety came slowly, but as the days passed and the girls showed no suffering, but remaining in perfect normal health, except for a blissful trance like state of mind, I myself realised the enormity of what I had done and the enormity of parental love and concern; which would have been perhaps entirely answered or soothed had I been able to confirm that no wound or blood remained beneath their blouses. Embarassment prevented me asking or looking. In fact no conversation took place throughout, and the children were possibly happier and livelier for the assault.”

Such was the extent of Graham’s love as a father which is expressed here – an assault of deep love and empathy, for which we (all four daughters) are much the richer, and very grateful.

It is a delight to be able to reveal this little piece from Dad’s imagination. Please treat it gently! 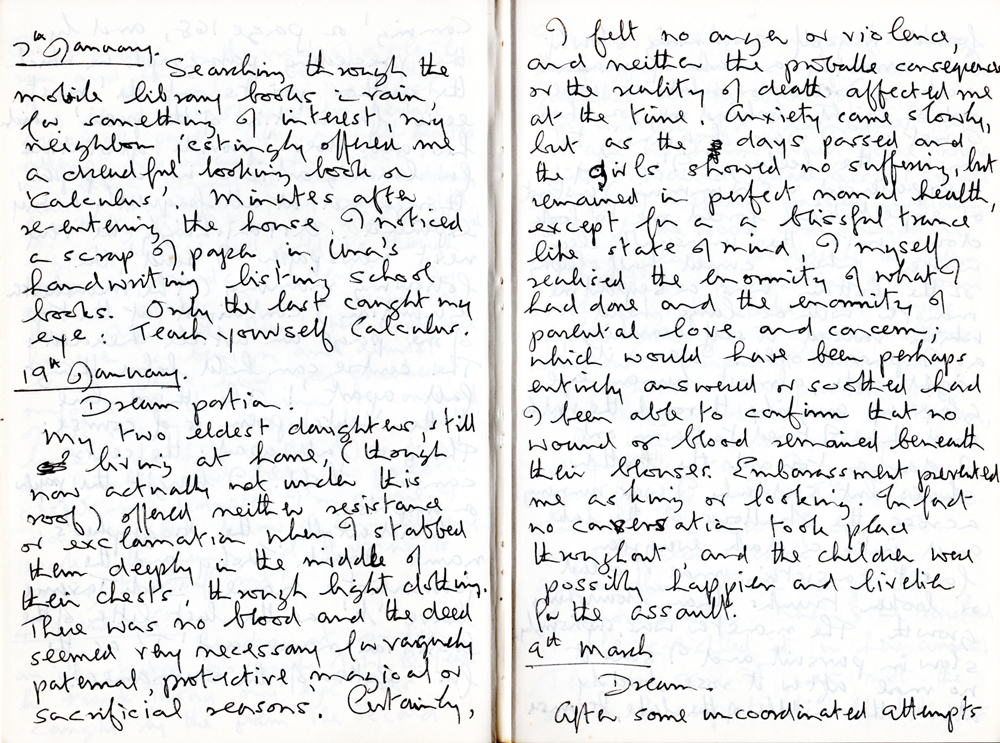 Handwritten excerpt with text referred to.