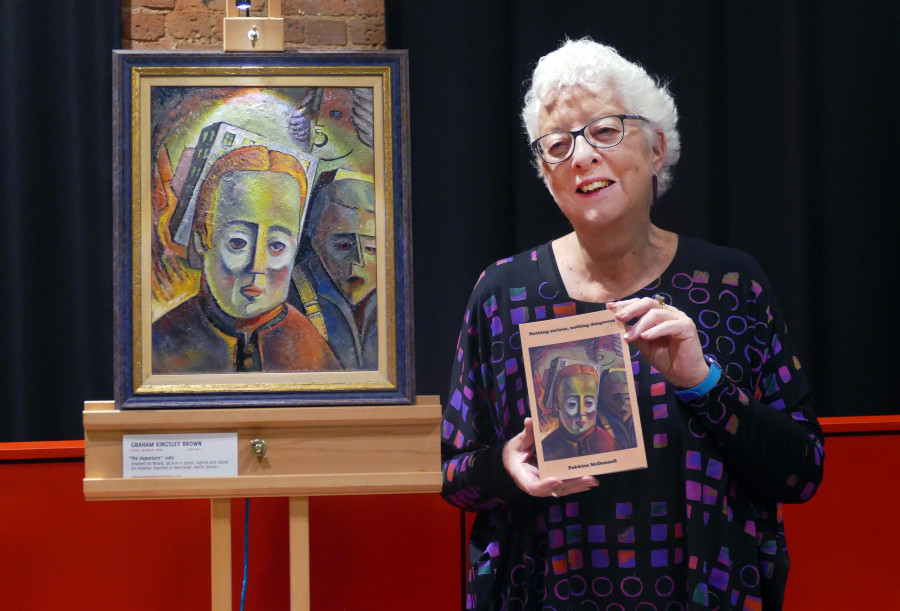 Fokkina McDonnell, Poet, at the Launch of her book “Nothing serious nothing dangerous” at the International Anthony Burgess Foundation in Manchester, accompanied by “The Departure” painting by Graham K. Brown. (Photograph © Copyright Sophie J. Brown 2020) 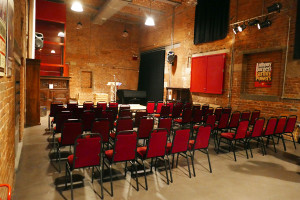 The stage is set at the International Anthony Burgess Foundation.

The atmospheric International Anthony Burgess Foundation in Manchester was the setting for the first public showing of a work of art by  Graham Kingsley Brown since his passing in 2011.

The painting “The Departure” was framed and displayed to accompany the launch of the poetry book “Nothing serious, nothing dangerous” (which features the painting on the cover) by Fokkina McDonnell on 3rd March 2020. The International Anthony Burgess Foundation showcases the life and work of the author of   “A Clockwork Orange” and is the setting for a variety of events.

Fokkina is a poet working in Manchester under the banner of Acacia Publications.  This is her second poetry collection,  published by Indigo Dreams Publishing Ltd , a third pamphlet is also due to be launched. The evening saw the invited audience and friends – artists, writers and other literature lovers -  enjoy subtle, emotive and careful readings of poems both by Fokkina, and by four fellow poets from her writing group in Chorlton, South Manchester. 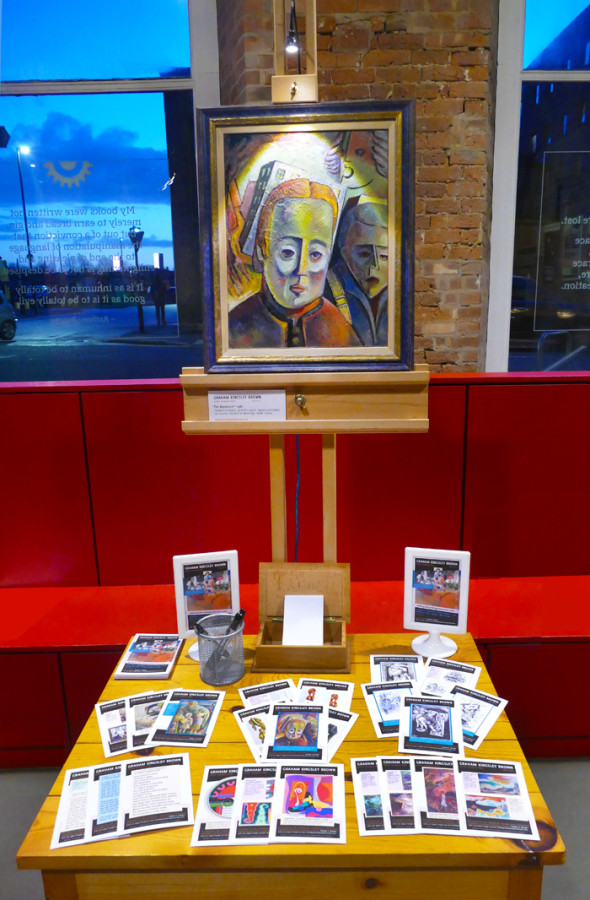 Display of painting “The Departure” and cards with 25 works at the International Anthony Burgess Foundation, Manchester, 3rd March 2020

After the readings, books were happily signed and sold, and people enjoyed drinks and conversation, stimulated by the evocative,  interconnected mood the poetry readings had created. Those present were also invited to select from a group of 25 cards illustrating other works by Graham K. Brown which were made for the occasion.

It was particularly rewarding to show the painting in its new frame, which we constructed.  It presented a challenge because the composition of the work was so tightly designed, the usual framing method of placing the piece behind a rebate would have obscured the edge to the painting’s detriment. So the frame has an inner wooden frame, with a waxed finish, on which the painting sits, and this inner frame is then rebated behind a main frame. The dark textured blue and gold moulding was selected to complement the warm and cool/dark colours in the painting to good effect.

It was heartening to receive positive comments both on the painting, the value of its presence at the event, and on other works illustrated: “It is very special the work is here“, “What a very talented man your father must have been“, “Such a range of interesting work“, “I love the painting, it’s wonderful” and suchlike.

In all, the mix of  literature and art is, I think, a marvellous symbiosis (and one which is represented too within Graham’s own oeuvre), speaking to the the ear, the eye, the heart and the mind in equal measure.

We look forward to future collaborations and opportunites to show the work. 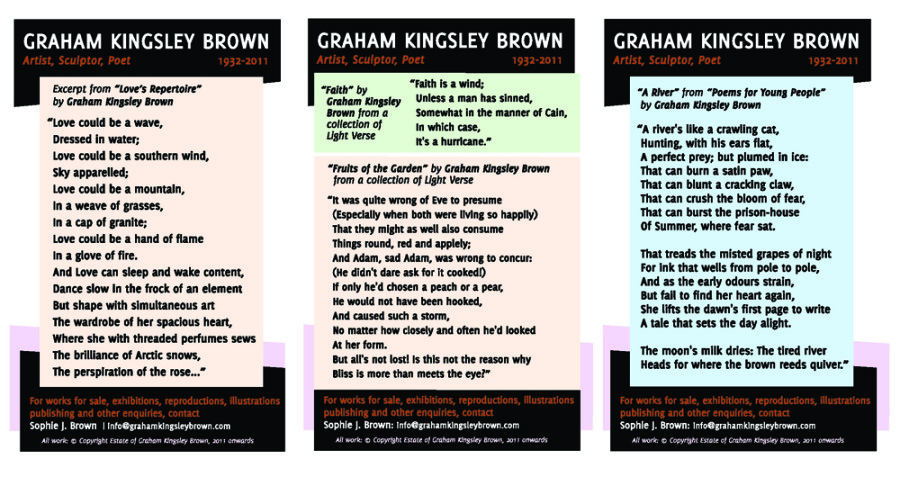 3 Cards from the display with poetry excerpts by G. K. Brown.