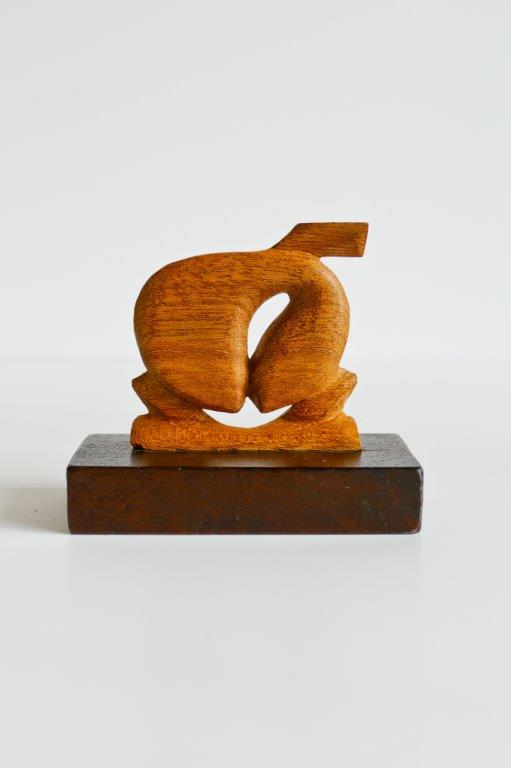 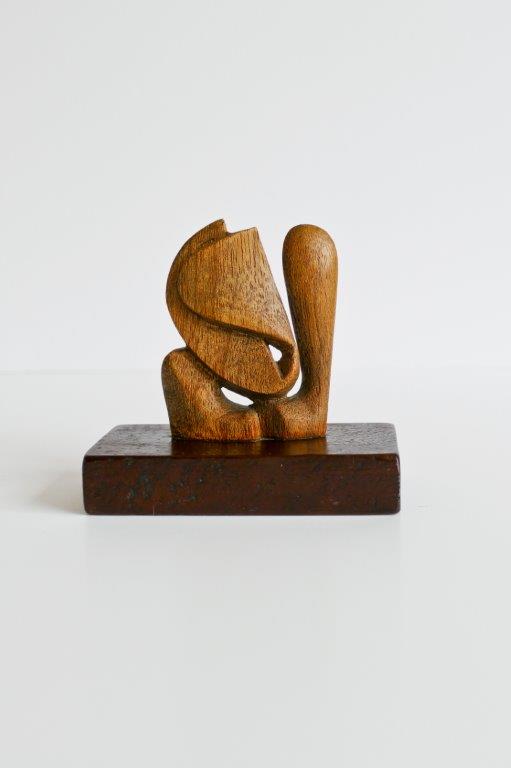 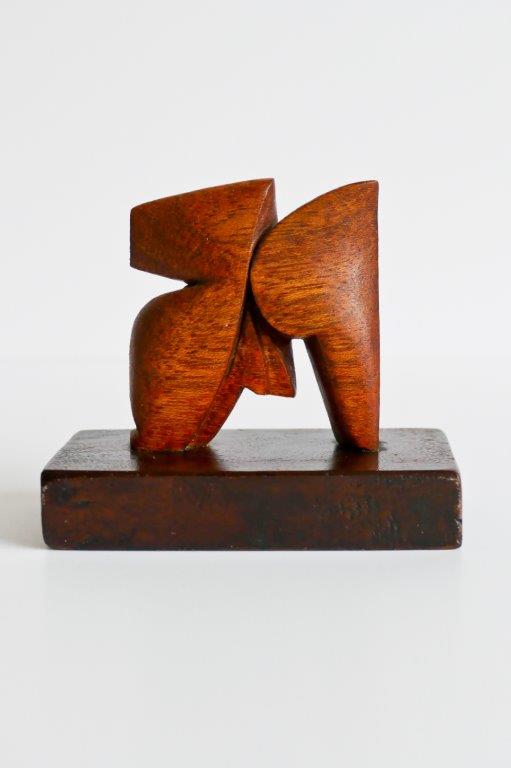 These four little woodcarvings are abstract renditions of four animals – Owl, Swan, Elephant and Dragon. They are each up to  9.5cm high and 10cm wide, made of two types of wood, one of which is the contrasting dark wooden plinth.

I don’t have exact information about when these were made, but see there are other similar abstract heads and figures which use the same format with a dark plinth, produced around 1998.  It is interesting that 3 of the animals relate to the natural world, the fourth is a mythical creature. I don’t know if they are intended to be a set; they are given the same title format, namely “Abstract – Owl”…”Abstract – Swan”…”Abstract – Elephant”..”Abstract – Dragon”. 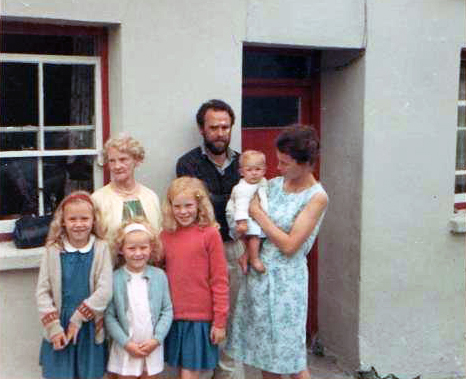 Graham and Elizabeth, with their 4 daughters (from right: Una, Judith, Annabel, Sophie), and Graham’s mother behind, at their house in Staball Hill, Ballydehob, South West Cork, c.1968.

The charm for me is imagining that perhaps each of these animals symbolically represents one of Graham’s four daughters – Judith, Sophie, Annabel and Una. The characteristics of wisdom, grace, strength and complexity are clear, but I won’t hazard a guess as to which daughter those could match to if that was the intention!

That may, however, be wide of the mark. Graham was such a private person when it came to his art, that he rarely spoke of it, or what influenced him (except to ask us if we liked a piece or other, expected that we did not and remonstrated against us, whatever the response!). So there is little to go on.

Graham  did write a series of 35 short poems as a “Bestiary”, in the vein of “the Parade of Orpheus” by Guillaume Appolinaire, whose book with illustrations by Raoul Dufy Dad referred to and enjoyed. Perhaps these carved animals were co-created as three dimensional sculptural versions, with that in mind.

Owl
So I give up the flowered phrase,
And hoot like an owl in the night.
Our moon of love is in its final phase;
Nothing now can put it right.

Swan (1 of 2 versions)
Hailstones, on a shield of bronze
In summer, but watch these swans
Become – crotchet, minim, quaver;
A white lamentation on the cello of the river.

Elephant
Too heavy for heaven;
Too full of rain
The elephant clouds
The African plain.

These sculptures could easily be rendered at a very large scale (think Henry-Moore-scale, perhaps carved in stone) and be equally pleasing and meaningful.  Regardless of the fact that Dad didn’t have the resources to produce large works (although I’m certain he would have done if that were so), it merits examining these small originals at close range for greatest effect.

I hope you enjoy them alongside the Bestiary verses.